23 lies you’ve been told about the world 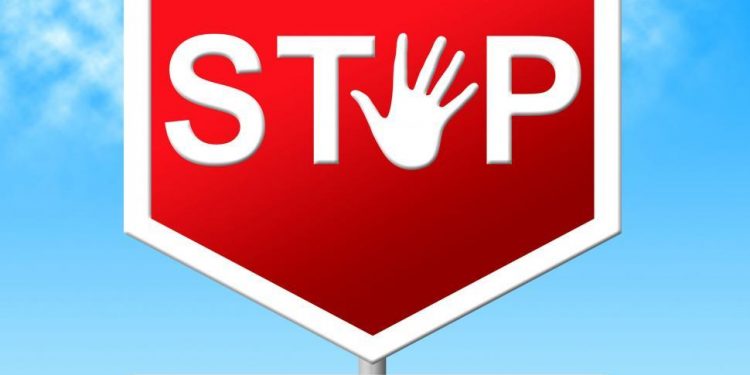 23 lies ever told to the world

We’ve been told many lies while living our lives, most times, we tend to go astray or try to become who we are not, by simply following what others are saying without knowing if they are true or lies. This is truly a pain in the guts!

Sahil Bloom has listed the top 23 lies you’ve been told about the world. Kindly read and digest them below:

Lie: Money is the only type of wealth.

In reality, there are 5 types of wealth:

The pursuit of financial wealth can rob you of others. Don’t let that happen.

Lie: Your friends will always be there for you.

They’re just along for the ride when it’s fun or valuable—they’ll disappear when it’s not.

Your real friends are there when you have nothing to offer in return. Cherish them.

Lie: You have to wait for luck to strike.

If you want to get lucky, start increasing your luck surface area. It’s hard to get lucky watching TV at home.

It’s easy to get lucky when you’re engaging and learning—physically or digitally.

Put yourself in a position to get lucky.

Lie: The world is a zero-sum game.

If it bothers you to see other people succeed, you’re definitely not gonna make it.

Distance yourself from anyone who spends time bringing others down. Celebrate everyone’s wins and you’ll start winning more.

A rising tide lifts all boats.

Lie: Your GPA and test scores will define your future.

Once you’re past your first job, no one will ask about that stuff—if they do, you shouldn’t take that job.

Learn to sell—yourself, your ideas, your vision—and you’ll always make it. In the real world, EQ still stands out.

Lie: The world is run by remarkable people.

Most of the people you admire are unremarkable. This is an empowering realization.

Their success is not due to some intrinsic difference.

They built leverage to scale efficiently and had a powerful combination of effort & luck.

Lie: Take all the advice that you can get.

Most advice sucks. It’s well-intentioned, but it’s dangerous to use someone else’s map of reality to navigate yours—even if they’re experienced.

Winners learn to filter and selectively implement advice—take the signal, skip the noise.

Lie: You have to be interesting to get ahead in life.

They win by compounding knowledge efficiently.

Lie: You don’t have to work hard.

It’s very in vogue to say hard work is overrated—but it’s not true.

What you work on is more important than how hard you work, but if you’re striving for great things, you have to work hard.

It’s not for everyone, but it’s the reality.

Lie: You need to have the perfect idea in order to build something meaningful.

There’s no shortage of great ideas, just a shortage of people willing to put in the effort to capitalize on them. Ideas are cheap, execution is expensive. The best way to stand out is: Act.

Lie: Very few people have anything of value to offer.

Life gets better when you realize you can learn from anyone. No one is too old, young, rich, or poor to teach you something.

I’ve learned more from a conversation with my Uber driver than on a call with some famous gurus.

Lie: You need to have formal mentors.

The concept of “mentorship” has become too formal.

Asking someone to be your mentor feels like a big commitment. Instead, build a Personal Board of Advisors.

A diverse group of 5-10 people you can go to for questions, advice, or feedback.

It’s really hard to be “too late” with a mega-trend.

Every time I’ve told myself I was “too late” to invest, I was wrong—it was still early. Humans are terrible at comprehending exponential growth.

I used to see people with money and assume everything in their life must be amazing. I was wrong.

Money is correlated with happiness—but only up to a baseline level of life that’s lower than you think.

Once above it, prioritize fulfillment.

Lie: You can learn everything you need to know by reading books.

You can read every business and self-help book in the world, but ultimately the only way to learn is by fucking it up.

Reading and studying is nothing without battle-testing.

Lie: Big changes will just happen on their own.

I spent most of my life assuming that big changes would simply happen in due course. I was wrong.

Nothing just happens—that’s for the movies, not real life.

You have to kick down the door and blast through to the other side.

Lie: There are shortcuts to achieving success in life.

Everyone wants hacks or shortcuts, but there’s literally no such thing.

If anyone tries to sell you one, you should run away. The only “hack” is relentless consistency.

It’s not glamorous—and it’s not fun—but it works.

Lie: You should say no to most opportunities.

It’s in vogue to say that you should learn to say no in order to protect your time. I think it depends.

Lie: There are timelines to achieve things in life.

The timelines we create for ourselves are mostly just arbitrary nonsense. We create fake timelines:

There’s no fixed path—you create your own.

Hustle culture told you that free time is lost productivity.

The reality: free time is a “call option” for future interesting opportunities.

When you have free time, you have the headspace and bandwidth to pursue new ideas.

Lie: The smartest people always have the best answers.

The most intelligent people don’t have the best answers—they ask the best questions.

Asking great questions is how you uncover the truth.

World Changers combine an ability to ask great questions with a bias for action.

Lie: You have to become an expert at something.

Society celebrates experts in any given field. But as

@DavidEpstein finds in Range, that many experts succeed because of the range of pursuits that preceded their main endeavor. Become a polymath. Generalize first, specialize later.

Lie: Most people are bad.

If you watch the news, you’re hit by a barrage of pain and fear. It tells you to avoid your neighbor.

There are bad people out there, but most people are good.

They just want to be able to provide for their family and live well.

Those are 23 significant lies you’ve been told about the world.

Praise, Nnaka Tochukwu is a financial adviser, graduated from the University of Nigeria, Nnsukka where he obtained a B.Sc in Financial Accounting. He is a lover of sport and is keen to help students succeed in the area of finances. Tochukwu hails from Aboh Mbaise Local government Area of Imo State, Nigeria. You can reach him through his social media page which is found on the About Us page of this website for more details.

23 lies you’ve been told about the world