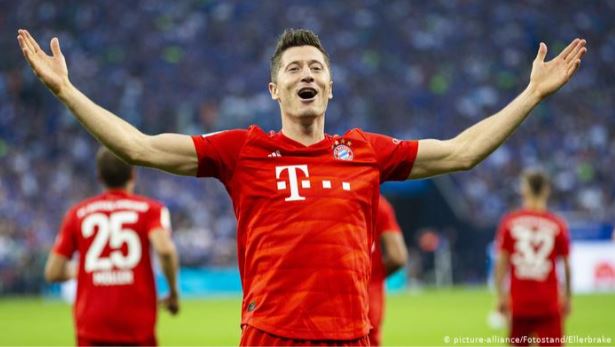 Nagelsmann made the pick ahead of a top-of-the-table clash with Bayer Leverkusen on Saturday.

“Robert deserves to win it, because in my view he has been more unbelievably consistent than any other player,” Nagelsmann told Munich newspaper Abendzeitung.

“He is so dynamic, he doesn’t get injured and he can train a lot. I back him to continue playing at the top level for a few more years yet.”

Lewandowski is hoping to win his first Ballon d’Or next month after winning FIFA’s rival award for men’s player of the year in 2020.

The 33-year-old has been nominated alongside Lionel Messi, Cristiano Ronaldo, Jorginho, and N’Golo Kante.

With seven goals already this season, Lewandowski is currently the joint leader in the Bundesliga scoring charts alongside Borussia Dortmund’s Erling Haaland and just ahead of Leverkusen’s Patrik Schick.

However, he has failed to score in back-to-back Bundesliga games for the first time since 2019.